A model construction kit of the German Panzerkampfwagen (Armoured Fighting Vehicle) IV, version H. The Panzer IV was the backbone of German tank formations during the Second World War. The H version was for the first time fitted with side skirts to increase armour protection. It was built between 1943 and 1944. 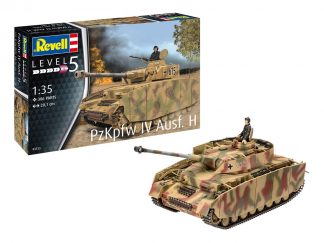